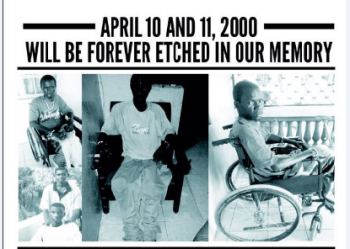 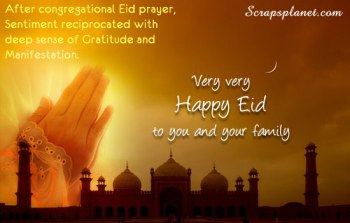 As Muslims around the world today celebrate ‘Eid ul-Fitr’ or ‘Koriteh’ a celebration to mark the end of the holy month of Ramadan, there are thousands of families in The Gambia who are mourning the lost or disappearance of their fathers, mothers, sons, daughters, aunts, and uncles by their own government. It’s rather sad, while the whole country is celebrating the Koriteh, they are forced to endure the paid and emptiness without their love ones. While the people in the country would be saying to each other Eid Mubarak or happy Koriteh, they would be in their houses, mosques or Churches contemplating when will they be lifted from these predicaments that their own government put them on and while some would like it to be just a dream however, is it’s not a dream but a reality. It is bewildering to say the least, as to how Yahya Jammeh and his accomplices can sleep comfortable knowing the damage they are causing those families.

We Just spoke to one April 10/11victim’s family member, who lamented that there is no passing day without them mourning the lost of their son especially during festivities. The family member said, they mourn heavily during those times because, it brings back memories they had of him and it hurt them even more knowing that their son killers are out and about enjoying the occasion with their families while they continue to suffer.

How long should the arbitrary arrest and detention of innocent Gambians go on and when shall we come to realise that enough is enough? It would be befitting if the whole country for once unite and say we need justice for the innocent students that were killed, maimed and tortured in April 10/11year 2000, the innocent people that are being arrested on daily basis, because the sufferings the families are going through are unimaginable. However, as things stand that is perhaps prophetic thinking but sooner or later justice will be served to the latter especially for our comrades April 10/11 victims and survivors.