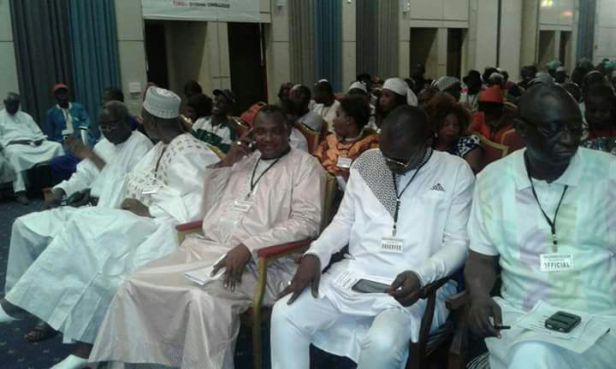 It has been long and sometimes worrying whether Gambians will see the need to unite and change the status quo in the country. However, after a summer of talks and consultations between the various opposition parties, a long awaited convention was held at Kairaba Beach Hotel in Senegambia on Sunday 30th October 2016 to elect the standard bearer of the opposition coalition candidate for the December presidential election in the Gambia.

After counting the votes, Adama Barrow of the UDP was duly declared winner of the primaries and therefore elected as the standard bearer of the opposition coalition flag. The process of electing the standard bearer  was widely hailed as a great success in Gambian politics. Out of 490 delegates registered to vote, 487 voted whilst 2 delegates abstained or were absent. However 2 votes were declared invalid. 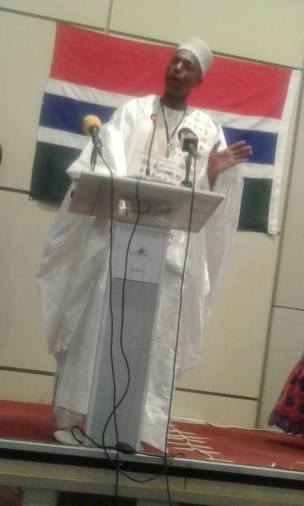 Hon. Adama Barrow of UDP had 308 votes representing 63.0% of the total votes cast;

Hon. Hamat Bah of NRP had 72 votes which represents 14.7% of the total votes cast;

Hon. Halifa Sallah of PDOIS had 65 votes representing 13.3% of the total votes cast; and

Dr Lamin Bojang of NCP had 40 representing 9.0% of the total votes cast.

After declaring the winner, the convention chairperson Madam Fatoumata Jallow-Tambajang thank all the stakeholders in taking their time and resources to make this process happen. She urged everyone to join the coalition and get rid of Gambia’s cancer Yahya Jammeh come December 1st.

In his acceptance speech, Hon. Adama Barrow reaffirmed his commitment to the coalition and pledged honour the coalition’s agreement. He went on to say he will do everything possible to salvage the Gambia from the destruction of the past 22 years.

Furthermore, Mr Barrow thanks all the delegates and party leaders for the confidence conferred on him. However, he singled of Hon Halifa Sallah for his selfless efforts to make this coalition a dream come true and he also thanks Madam Tambajang for her tireless efforts to see the end of dictatorship in the Gambia.

Meanwhile, the disappointing part of the evening was the absence of Dr Isatou Touray, the Independent presidential candidate from the convention. After rumours of her absence made it to the social media, Dr Touray’s campaign immediately issued a reassuring statement on their Facebook page.

The campaign reaffirm Dr Touray’s commitment to the coalition and assured everyone that she will stand in solidarity with the opposition to ensure that come December 1st, Gambia will once again regains its democratic credentials and regains her respect in the international community.

She appealed for every citizen of the Gambia to be reassured and promised to carry out a press conference to explain her position later today 31st October at her campaign’s HQ at Brusubi.