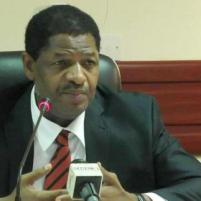 The former Gambian president Yahya Jammeh, who for more than seven weeks after the December 1st election refused to step down, has confirmed in a televised message that he has decided to relinquish power. Before then, his stand led to President Barrow to be sworn in at Gambia’s embassy in Dakar in neighbouring Senegal on Thursday.

“I have decided today (Friday) in good conscience to relinquish the mantle of leadership of this great nation with infinite gratitude to all Gambians,” he said in a statement broadcast on state television early on Saturday.

The announcement came in the early hours of Saturday morning, after long hours of negotiations with the presidents of Guinea Conakry and Mauritania respectively as well as a delegation from ECOWAS and the UN.

Jammeh started negotiations with ECOWAS on Thursday. He demanded an amnesty for any crimes that he may have committed during his 22 years in power and that he be permitted to stay in Gambia, at his home village of Kanilai.

Those demands were not acceptable, said Marcel Alain de Souza, head of ECOWAS.

Meanwhile, the former Gambian dictator said, he believe it is not necessary for anyone to die as a result of this impasse: “I think it is unnecessary for a single blood be drop. I promise that all the issue we currently facing will be resolved peacefully. Therefore, I thank Allah, not a single causality has been registered. I ever believe in dialogue. It is as a result of these I am relinquishing the mantle of leadership of this country” he said.

“At a time when we witnessing trouble in other parts of the world, the peace of this country should be guarded. I am proud to serve my country” Jammeh added.

Former tyrant went on to thanked the people of the Gambia, in particular the security forces, APRC Party militants and the National Assembly for the confidence bestowed upon him and the loyal support for the past 22 years. He also thanked his mother, wife and children for all the prayers over the years.

However, opinions are divided amongst Gambians on social media and other online fora as to whether Gambia had a good dealing in letting Jammeh go without being tried for the various crimes he is alleged to have committed during his brutal 22 years of tyranny in the country. All these will become clear when the dusts has settled in the Gambia’s political scene and President Adama Barrow’s administration take full control of power.