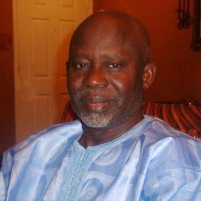 Today Monday 5th December is the appeal hearing of Lawyer Ousainou Darboe and 18 others in Banjul, Gambia. This is will be their first appearance in court since the defeat of Gambia’s long-term tyrant ruler Yahya Jammeh in 1st December presidential election.

It would be recall that Lawyer Ousainou Darboe and 19 others were arrested mid-April after peacefully protesting the arrest and killing of Solo Sandeng. Mr Sandeng was the former United Democratic Party (UDP) youth leader who took to the streets ahead of December presidential election to demand for electoral reforms where he got arrested with his fellow protesters. However, they were tortured and Solo was later killed in State custody.

Mr Darboe’s court hearing will be on Monday and the crowds that went to his residence after the victory of Mr Adama Barrow were calling for his release.
The President-elect Adama Barrow was asked in an interview about political prisoners, he said he will get the release.

Meanwhile, Amnesty International added its voice to these calls.

“An immediate first step for this new government is to release political prisoners and those who have disappeared,” Sabrina Mahtani, from Amnesty International, said.

“We’ve seen how important the rights of freedom of information and freedom of assembly are over the last few weeks – it’s important that the new government reforms repressive laws,” Mr Sabrina Mahtani stated.

People are being urge to abide by the original message of Lawyer Darboe to avoid insults and vandalism or unruly behaviours  while attending the appeal hearing to avoid any confrontation with the authorities. It’s not anymore before they are free, so we have to act accordingly, one observer lamented.