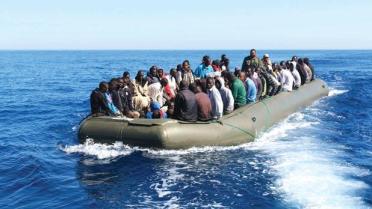 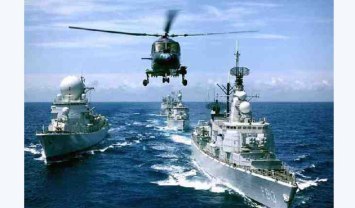 The European Union officials said on Monday, the EU will use submarines, warships, drones and helicopters in an operation to gather intelligence on gangs who smuggle thousands of asylum-seekers to Europe from Libya. EU foreign ministers agreed at a meeting in Luxembourg to launch the operation even though it will be limited to intelligence-gathering for now as it has yet to obtain official authorisation from the U.N. The operation is part of a stepped-up European response to a surge of migrants from Africa and the Middle East making the dangerous crossing from Libya to Europe. This year alone more than 2000 people have died crossing the Mediterranean, including more than 700 who were killed in a single shipwreck in April.

The operation, as initially envisaged, was intended to disrupt the migrant traffickers’ business and to capture and destroy their ships, possibly even in Libyan waters. However, the EU would require a U.N. Security Council resolution and consent from the Libyan authorities to operate in Libyan territorial waters and coastal areas and it has neither so far. The EU foreign policy chief Ms Federica Mogherini told reporters “Let me be very clear: The targets are not the migrants, the targets are those that are making money on their lives and too often on their deaths. It is part of our effort to save lives.”

About 10 countries have offered five warships, two submarines, three reconnaissance aircraft, two surveillance drones and three helicopters for the operation, as well as around 1,000 military personnel, an EU official said. The planes and ships would begin moving into international waters off Libya “in the coming days” but it would take a month for the mission to be fully up and running, the official said.

Reflecting the potential dangers, the EU official said merchant ships outside Libyan territorial waters had twice recently been attacked by fighter aircraft using rockets and coastal artillery, and armed traffickers had threatened people trying to save migrants. If the EU ships come across migrants at sea, they will help rescue them.

EU officials still hope for Libyan consent and a U.N. resolution later that would allow them to tackle the traffickers. The EU would only be able to move to more aggressive actions if EU foreign ministers gave the go-ahead. European members of the U.N. Security Council had been drafting a resolution to approve the EU operation under Chapter 7 of the U.N. Charter, which allows the use of force.

But diplomats said the work was put on hold earlier this month pending Libyan consent to the operation, a major obstacle because two rival governments and parliaments are fighting for control there. Gaining Libyan consent may depend on U.N.-brokered peace talks reaching an agreement on a national unity government.