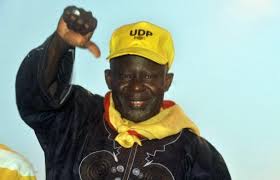 In as much as I disagree with Pa Nderry Mbai, I see no reason why he should not ask the questions he had asked Ousainou Darboe, they are legitimate and important. Darboe is a public figure just like Yahya Jammeh and if we can be happy for people to be critical of Jammeh and exposed him and his cruel government why can’t Pa or any other person for that matter asked Ousainou Darboe critical and important questions regarding The Gambia? Gambians should move beyond this level of personalising everything they disagree with.

Darboe kept saying he believes in the rule of law and the constitution and credit to him, that’s a good thing to do so, however, does that mean that Waa Juwara, Femi Peters, Shyngle Nyassi, Amadou Sannet et al. were not law abiding or did not believe in the rule of law, or is there anyone in the UDP who can say that Nelson Mandela was not a Democrat or did not believe in the rule of law? I suppose Darboe’s answer would be absolutely no, but those people have been falsely accused, charged, tortured and imprisoned, was he not in the same cause like them, absolutely yes, so why should he be spared from being asked critical questions regarding the Gambia?

Nelson Mandela, Abdoulie Wade,  Morgan Tsvangirai to name but a few, were all opposition leaders and were all tortured and imprisoned at one point in their careers as opposition leaders and freedom fighters, however, they saw the bigger picture that was why they were eventually successful. In fact, according to the constitution that Darboe always used to hide behind, he is not qualified to contest the next general election in the Gambia, due to age limit stipulated in the constitution and if Darboe truly means what he says he should by now relinquish power and step down as the party chairman and select a new leader or at least be fighting in the courts for electoral reforms. So, as long that is not the case, then it would be fair to assume that Darboe is playing double standard because, it is not democratic for him to be chairman of the Party while he is not qualified to lead that Party in the polls and frankly these are the things that we need ironing out rather than jumping onto each others throats like vultures.

If there was a poll in The Gambian today, and the question is what would you like to add into the constitution? The answer that would lead the polls would be presidential term limit, because it’s due to longevity in power that leaders abuse their authority and meanwhile, Darboe has been the UDP leader for nearly 20 years and still no change. So how can people take you serious when you are aspiring to lead the country and while the most basic and fundamental things like longevity are not addressed by your Party before assuming office or people should not be critical of you? Politics is all about tolerance and respect of peoples’ opinion rather than taking things personal.

Gambians need to be beyond counter accusing each other and be tolerant and put our heads together to figure out how to end dictatorship in the country. Most of the Gambian Diasporans lives in Europe and America and you can’t have a better place to give an example when it comes to tolerance and freedom of opinion than these two continents, so why can’t we learn from them at least agree to disagree? We are all in it together, so lets thrash out our differences and stop taking things personal and work towards ending hardship and dictatorship in the Gambia.  We hope justice will soon come for the victims of April 10th & 11th heroes, long live the Gambia.